In Week 2 of the Confidence Habit we looked at expanding your comfort zone. This week to continue to build your confidence and self belief we will explore how limiting beliefs can get in the way of you being the amazing person you were born to be. A belief is such a powerful thing, it can motivate and inspire you or stop you in your tracks. Beliefs are based on little or no evidence, just think about Father Christmas. Their power though lies in the fact that if we believe something to be true we will act as if it is.

Self Fulfilling Prophecy and the Belief Spiral

How we think and what we believe can have a significant impact on what happens to ourselves and others. We have all heard of the phrase “self fulfilling prophecy”. A self-fulfilling prophecy is when a person unknowingly causes a prediction to come true, due to the simple fact that he or she expects/believes it will come true.

You can think of the self-fulfilling prophecy as a circular pattern. Our actions toward others impact their beliefs about us, which dictates their actions towards us, which then reinforces our beliefs about ourselves. This, in turn, influences our actions towards others, which brings us back to the beginning of the cycle. So if we have limiting beliefs we can find ourselves in a downward spiral, heading for a pit of despair. On the other hand if we believe in ourselves and our ability to succeed the road ahead seems almost easy.

So as part of week 3 we encourage you to explore yourself and what you believe. Identify any limiting beliefs that may be lurking in the background and start replacing them with empowering positive ones.

Day 15 – Take time to reflect on what you believe about yourself and your capabilities. Do you hold any limiting beliefs, are they valid?

Day 16 – Most of the population are afraid of public speaking. Look for an opportunity to speak out and conquer your nerves.

Day 17 – Who is your role model? Confident people learn from others so who do you believe would be a great role model and why?

Day 18 –  You are an amazing person with many abilities. Believe in yourself and let someone else know what you are capable of.

Day 19 – Create a mantra for example “I am amazing” and say it to yourself every day to reinforce your confidence and self belief.

Day 20 – What really matters to you? Identify what you value and let it guide you and your decisions.

Day 21 – Set yourself a goal, the bigger the better. You are an amazing individual and can achieve whatever you set your mind to.

Just one step each day will help you build your confidence. For daily tweets on building your confidence follow @Limitless4life.
And there you have it, 21 days of building confidence and self belief. For more information about how Alison Burgess and Limitless for Life can help you contact is on 07931 556 167 of click here. 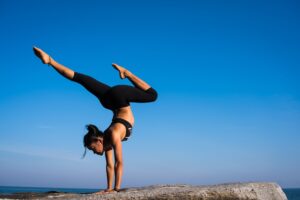 A VIP in my life gets her ‘A’ level results this week. She has spent years learning something new every day and has astounded me 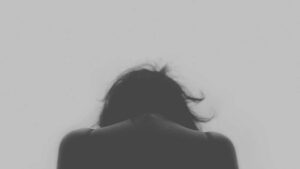 Why do I Feel Guilty?

Running stress management workshops we inevitably end up talking about work-life balance and how difficult it can be to find it. Alongside these discussions we

You can find out more about which cookies we are using or switch them off in settings.

This website uses cookies so that we can provide you with the best user experience possible. Cookie information is stored in your browser and performs functions such as recognising you when you return to our website and helping our team to understand which sections of the website you find most interesting and useful.

Strictly Necessary Cookie should be enabled at all times so that we can save your preferences for cookie settings.

If you disable this cookie, we will not be able to save your preferences. This means that every time you visit this website you will need to enable or disable cookies again.

This website uses Google Analytics to collect anonymous information such as the number of visitors to the site, and the most popular pages.

Please enable Strictly Necessary Cookies first so that we can save your preferences!